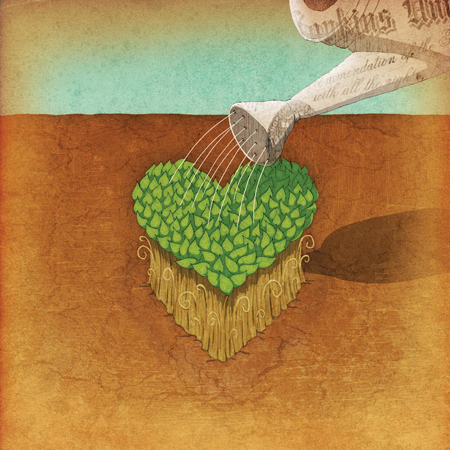 Ben Krause grew up in Nebraska and intended to become a Jesuit priest. But after years of social work in the United States and Latin America, he realized his true calling was to empower people in developing nations to create their own solutions. After leaving the Jesuits, he joined the Uganda Village Project, which links small local organizations with international resources to improve the lives of rural villagers. “It’s about working with communities to help them identify their needs and obstacles,” he says, “and the practical steps we can take to solve them together.”

Krause’s hope of attending the Paul H. Nitze School of Advanced International Studies was hampered by his lack of funding. When it looked like things were not going to work out financially, and he began making other plans, “I got an email that completely changed my life.” He had been named a Bernard Schwartz Fellow for International Development. At SAIS, he mixed academic practice with real-world practicality. In one economics class, “most of the student groups did theoretical projects,” says Krause. “My group developed an impact evaluation for new health interventions for the Uganda Village Project, which we rolled out that year. I used four different classes to develop ideas now used in the field.”

He’s currently an international development fellow at Catholic Relief Services (CRS) in Ethiopia, working to safeguard and effectively deliver the more than 100,000 metric tons of food that CRS is bringing into the nation this year. “We’re two years into a water shortage and drought here,” Krause says by phone from Addis Ababa. “We’re working on food security issues, helping farmers to diversify, and to make sure we don’t have a repeat of the famines of the 1980s.”