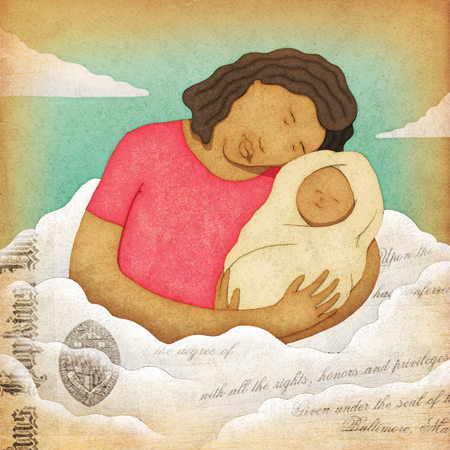 From a small hospital in Bani, in the southern region of the Dominican Republic, Rachel Breman explains the surprising cultural shift that happens at the doors of many Latin American and Caribbean hospitals. “These are very warm, loving cultures,” she says, “but you walk into a hospital, and it’s not a cozy environment. We’ve made progress—expecting mothers are now allowed to have a family member with them—and we’re trying to get doctors to decrease Caesarian sections. There’s a 50 percent C-section rate at some rural hospitals, which is an inappropriately high number.”

Breman, a native of Sharon, Massachusetts, headed to Costa Rica as a 16-year-old exchange student. Now she is the program technical adviser for Infante Sano, a nonprofit that works with mothers and infants in Latin America and the Caribbean. She studied in Spain, speaks five languages, and has worked on women’s health issues in Angola, Cape Verde, Ghana, and Niger. “When you travel outside the U.S., especially to poorer countries, you realize how horrendous the health care is,” she says. She considered medical school but wanted to get back out into the field faster than that path would allow. So she came to the Johns Hopkins University School of Nursing and the Bloomberg School of Public Health, thanks to scholarship support. “Most of the principal health care provided overseas comes from nurses, not doctors,” she explains. “In Cape Verde, nurses trained me to be a midwife. Physicians there don’t do deliveries except for Caesareans.”

She describes her work in Bani these days very simply: “We’re focusing on humanizing the birth process. We’re making this a mother- and baby-friendly hospital.”