Fighting Malaria on the Frontline
September 3, 2010 |  by Nora Koch 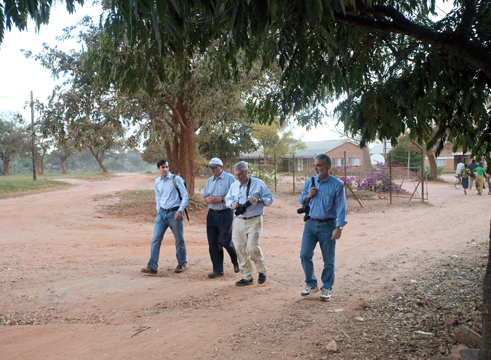 Deep in the African bush, malaria has been a tragic part of life for as long as anyone has been counting. So when cases of the mosquito-borne disease at the Macha Mission Hospital in southern Zambia fell by half in 2005, public health researchers were astounded. And when four years later the malaria caseload had dropped by 95 percent?

“It’s kind of hard to believe,” says Phil Thuma, HS ’83, a second-generation physician missionary who was 4 years old when his family moved from Pennsylvania to the Macha region, his father charged with building a hospital under the Brethren in Christ Church of North America. Thuma returned to the United States for college and medical training (including a residency at Johns Hopkins Hospital, where in 1982 he received the Kamsler Award for the outstanding pediatric resident) before following a calling in 1983. Along with his wife, he went back to Macha to continue his parents’ missionary work, treating patients and studying diseases such as malaria and tuberculosis in a small center adjacent to the hospital.

His malaria research efforts ramped up in 2003, when Thuma partnered with the Johns Hopkins Malaria Research Institute, headquartered within the Bloomberg School of Public Health, to establish the Malaria Institute at Macha. At that time—before the rural population began to use insecticides or bed nets—the hospital admitted 270 children each month for malaria treatment during the disease’s five-month season; since 2008 that number has been less than 10. 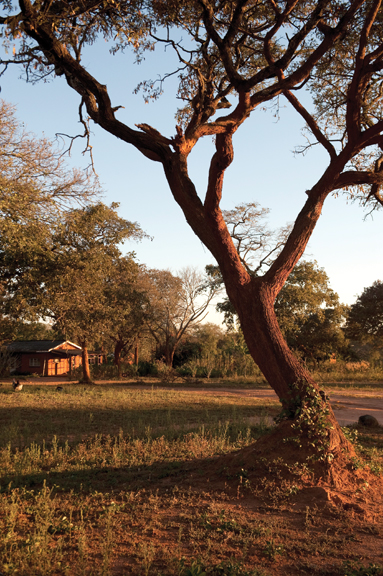 In June, Johns Hopkins University President Ronald J. Daniels visited the remote research center, 40 miles from the nearest post office or bank, with a group that included Peter Agre, Med ’74, director of the Johns Hopkins Malaria Research Center, and Michael J. Klag, SPH ’87, dean of the Bloomberg School. Their visit was, in part, a celebration of the Malaria Research Institute’s successes and of the strides that can be made by combining focused philanthropy and research.

For Macha, the partnership brings an influx of resources and access to some of the world’s foremost malariologists; for Johns Hopkins University, it creates opportunities for scientists to study malaria in the field and for young researchers to train there. The drastic local decline of the disease can be traced to several factors: access to new drugs; a major drought, which led to a near-vanishing of the most transmissive mosquito breed; and a proactive public health effort to identify and treat asymptomatic carriers in the Batonga community.

The Macha institute, set on 16.5 acres adjacent to the 208-bed hospital, includes a research lab and insectary, meeting rooms, and housing for resident scientists and their families. Thuma, who is managing director of the research operation there and holds a faculty appointment at Johns Hopkins University, oversees 60 full-time employees, most of them Zambian nationals. Just a few miles away, the indigenous Batonga farming community still lives much as they have for a century, without electricity or running water and many still under thatched-grass roofs. Most of the 100,000 community members are subsistence farmers, growing maize crops and raising cattle.

At Macha, Johns Hopkins researchers collaborate with colleagues from around the world, conducting epidemiological surveys, collecting field samples, and studying how malaria spreads. One extensive and ongoing study, led by environmental surveillance investigator Gregory Glass, a professor in the Bloomberg School, uses GPS to map the community’s homes, waterways, and wetlands. Using an overlay of epidemiological data, researchers are beginning to understand the complex relationship between the ecosystem and malaria. They may possibly even be able to predict when and where a malaria epidemic might appear, with hopeful implications. For example, Glass said, the information could be used to choose locations and times to apply insecticide so that it is most effective and most safe: “Not only can you achieve greater results, but you can limit damage to the environment.”

“Our primary interest is, as humanitarians, to do what we can to make people’s lives better, and Macha has been a place for that,” says Agre, a Nobel laureate in chemistry who became the institute’s director in 2008. “The lessons learned at Macha now have to be distilled and refined and, we hope, translated to other places in Africa.”

Agre heads up a group that—from East Baltimore to Zambia and beyond—is doing some of the world’s most promising work in the global effort to fight a disease that, each year, infects 253 million people and is responsible for more than 850,000 deaths worldwide. Launched in 2001 with a gift from Michael R. Bloomberg, Engr ’64, the institute was established to mount a broad program of basic science research to treat and control the disease. Since its inception, other organizations have supported the effort, including the Bill and Melinda Gates Foundation, as well as the National Institute of Allergy and Infectious Diseases and the Fogarty International Center, both of the National Institutes of Health.

In less than a decade, Johns Hopkins researchers have made many breakthroughs, including discovering a virus that could be used to kill the malaria-carrying mosquitoes, taking early steps to develop a vaccine for humans, and identifying the molecular components that enable the malaria-causing parasite to infect mosquitoes. The Malaria Research Institute has trained more than 100 young scientists, many of whom are emerging as leaders in the field, and has convened annual conferences for malaria researchers from around the world.

Back home in Baltimore, Klag reflected on how the visit gave him the opportunity to consider the success—and the promise—of the work under way.

“Most of the people who die from malaria are children,” he says. “The partnership between the Johns Hopkins Malaria Research Institute and Macha is producing the knowledge necessary to control and conquer the disease.”