Still solvent after all these years
September 3, 2010 |  by Elizabeth Evitts Dickinson 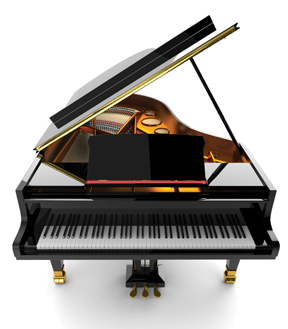 Jephta Drachman does not believe in debt. As the president of the board of trustees for the Shriver Hall Concert Series, which produces chamber music concerts on the Homewood campus, Drachman has overseen the organization, through 18 years of highs and lows. When she began, the series had gone from years of sold-out seasons to near empty concert halls, and there wasn’t a cent in the bank. “We probably had 300 people in a hall that holds 1,100. No one had ever done any fundraising. I kind of panicked,” she says.

In October, the Shriver series embarks on its 45th season with a 75 percent subscriber base and an endowment of $1 million. The organization has survived an economic recession that put many arts organizations in peril, owing in no small part to its thrifty nature. “We’ve always been very careful, and we’ve never fallen into serious debt,” Drachman says.

The series has also thrived due to its reputation for quality music. Drachman is the daughter of famed cellist Gregor Piatigorsky, and her love of music has kept the series focused on its core strength: the performances. The series has become known for booking both established stars and gifted newcomers, and for a carefully curated eight-concert series spanning a vast repertoire of music. Over the years, the series has had an almost prescient ability to book talent before fame strikes, presenting early performances by Dawn Upshaw, Jacqueline Du Pré, and the Emerson String Quartet. Then there are the series’ established luminaries, such as Jean-Pierre Rampal and the Kronos Quartet. “One of the most important parts of my job, artistically, is to spend time speaking with peers at organizations across the U.S. and abroad about who they’ve been hearing, who was successful, and who may be interesting to us,” says executive director Stephen Jacobsohn.  Jacobsohn, a cellist himself, also pores over periodicals, attends performances in other cities, and sifts through hundreds of unsolicited materials from agencies and musicians hoping to get a coveted spot on the Shriver Hall stage. Every potential musician is vetted through a music committee composed of staff and board members before being offered a slot.

Ernst Bueding, a pharmacist and amateur violinist, founded the Shriver concerts in 1966, and it became Baltimore’s first chamber music series. He enlisted the help of a number of Johns Hopkins professors, mostly in medicine, and the group endeavored to remedy what they perceived as an imbalance between the vast growth of the medical sciences and the atrophied expansion of the arts. “Dr. Bueding was concerned with the imbalance in Baltimore and nationally,” Jacobsohn says. “In fact, he had previously started chamber music societies and series in Cleveland and New Orleans before settling in Baltimore for the remainder of his career and life.” Hopkins administered the series for the first five years, after which it became an independent organization housed on the Homewood campus. Honoring its founding tradition of making art accessible, the series does not require that its audience take on debt, either. A single ticket runs just $38 ($19 if you’re a student, free if you’re a Hopkins student). There are also free concerts held at the nearby Baltimore Museum of Art. “We strive to keep it affordable,” says Jacobsohn.

For legendary pianist Leon Fleisher, the Shriver series is “an integral part of my Baltimore musical life.” Fleisher, holder of the Andrew W. Mellon Foundation Chair in Piano at Peabody Conservatory, is both a series performer and a subscriber, and he will play in the upcoming 2010–2011 season along with musicians like violinist Gil Shaham and pianist Nelson Freire. Fleisher says the series has a strong global reputation among musicians: “I know from my own personal experience and from speaking with colleagues from all over the world that they come to Shriver Hall with particular anticipation and pleasure knowing that it’s a very committed and serious public.”