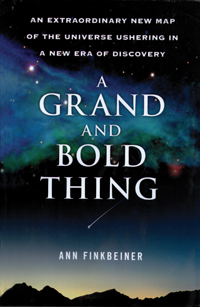 The Sloan Digital Sky Survey, a massive and costly stab at capturing a large chunk of the visible universe in one electronic catalog/database, pulled in a cadre of the best universe-spanning minds starting in the 1990s. Now “the Sloanies” (as they’ve dubbed themselves) have opened up the skies for exploration by millions of people of nearly a million galaxies.

How they did it is a winding tale that science writer Ann Finkbeiner craftily details in A Grand and Bold Thing: An Extraordinary New Map of the Universe Ushering in a New Era of Discovery (Free Press, 2010).

Years as a science writer cultivating sources had allowed Finkbeiner, A&S ’83 (MA), a visiting associate professor in the Krieger School’s Writing Seminars, entrée to a universe of deep scientific thought that had, by the late 1990s, become as hushed as The Great Beyond itself.

“I had noticed that there were all these incred­ibly talented people who had gone off the radar,” she says. “They stopped publishing—they’d just disappeared. I wondered what these burgeoning stars of astronomy were working on.” Her friend Alex Szalay, a professor of physics and astronomy at Johns Hopkins, tipped her to the survey, which she then delved into.

Beginning with the story of the project’s visionary, Princeton scientist Jim Gunn, Finkbeiner explains the procedural and technical hurdles that dogged the Sloan’s development early on. As outspoken as he is brilliant, Gunn had been involved with an early version of the Hubble Space Telescope—the one that featured an incorrectly made mirror that dimmed the instrument’s value. Finkbeiner recounts this misadventure, but limns Gunn’s character and the Sloan saga without falling for the genius-looking-for-salvation cliché.

The original idea of Gunn and others was not just to use images from one telescope at the Apache Point Observatory in New Mexico to map the universe in three dimensions, but to involve amateur astronomers and other “regular people” in figuring out what all those images meant. By doing so, the Sloan would have thousands of sky watchers or more who would help astron­omers answer basic ques­tions about the universe, such as how galaxies were formed and how far they are from each other. Since it came online in 2000, the Sloan’s mission has expanded to include a survey of the structure of the Milky Way and to identify supernovae that can be used to pin down the distances between bodies in space. 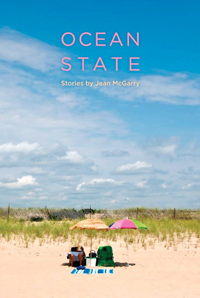 Szalay, who lent his com­puting and data storage know-how to the project, exemplified the dedication that helped build it from the ground up, Finkbeiner says. “I was impressed by the altruism, the fact that so many of these talented people were putting aside their careers for this.” And she was impressed by their per­severance. Scientists and technicians battled glitches, bureaucratic delays, and persistent worries over financing—impediments that made it seem as though all the work of those many shining astronomical stars could flame out to nothing. “They were always having technical problems,” Finkbeiner says. “I would see Alex and ask him, ‘What’s new?’ And he’d look crestfallen and say, ‘We just crashed again.’”

If the task of the science writer is to make all this astronomical esoterica understandable without watering it down, Finkbeiner succeeds. She explains concepts such as redshift (the measurement astronomers use to determine how far away galaxies are) in clear, comprehensible language. She also brings to life the many players who developed the Apache Point telescope, worked out odd technical kinks, and secured the computing power with which to hold the survey’s millions of images. The Sloan now features 300,000 registered users worldwide. Many of them regularly tap into the survey via the Galaxy Zoo project (www.galaxyzoo.org), which enlists non-professional volunteers to help sort the immense number of objects recorded by the survey. Among these “citizen scientists” is a young elementary school teacher in Holland who has categorized a passel of celestial bodies in one distant galaxy by shape. Because of the Sloan, the universe is literally wide open to anyone with access to a computer. 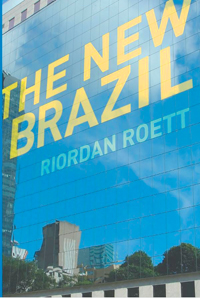 Among the emerging BRIC (Brazil, Russia, India, China) powerhouses, Brazil is the lone representative from the Western Hemisphere—and the likeliest among Latin nations to fulfill its rich potential. Now that the “sleeping giant” is fully awake, it has metamor­phosed into an important trade partner for Asia, Europe, and the United States. Brazil’s ascen-­dancy wasn’t engineered by capitalists alone, argues Riordan Roett in The New Brazil (Brookings Institution Press, 2010), an economic history that homes in on the effects policy has had on the country’s development. Roett, a professor and director of the Latin American Studies program at the Nitze School of Advanced International Studies, credits the country’s liberal government with developing and enforcing banking policies that controlled inflation, as well as focusing on reducing the poverty of tens of millions of Brazilians. A nation of about 200 million people, Brazil could also teach many developed countries a thing or two about moving toward energy independence, Roett says.

Seemingly a universe away, the characters in the short stories in Jean McGarry’s eighth book of fiction, Ocean State (Johns Hopkins University Press, 2010), hearken back to days of manners, tender mer­cies, and a languorousness that doesn’t always signal com­fort. In her 13 stories, nearly all narrated in third-per­son omniscient voice, souls are rendered with an almost clinical detachment. You’ll find an exacting mother who witnesses the disinte­gration of her daughter’s marriage (“Family Happiness”) and a psychotherapist running through a workday (“Transference”). You’ll find little that echoes the clangorous, e-communication-dominated, politically charged landscape we live in now. McGarry, a professor in the Writing Seminars, is content to let her stories unfold in a rhythm that may not be contem­porary, but falls well within the connotation of the term “writerly.”