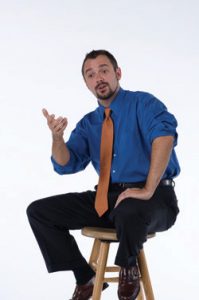 Twenty-one months later, the Baltimore Concert Opera is incorporated as a nonprofit arts organization—insert here all jokes about “nonprofit opera” being a redundancy—with a board of directors, a $98,000 budget, and a second season of four operas in progress. It has a modest subscriber base and can afford to bring in singers, put them up for a week, and pay them $750 or $1,000. “They’re accustomed to making more,” Cooke says, “but in this economy, if they can fit it into their schedules people are happy for the work.”

BCO has taken its place in a Baltimore cultural landscape now enlivened by a half-dozen opera ensembles, four of them founded since the Baltimore Opera’s demise and most of them suffused with graduates of Peabody Conservatory. Pick a week through May, and chances are good you can find a performance by Baltimore Concert Opera, American Opera Theater, Chesapeake Chamber Opera, Opera Vivente, Baltimore Opera Theatre, or the Figaro Project. For the 2010–2011 season, at least 37 performances crowd the calendar, and that does not count productions from Peabody Opera Theatre, Peabody Chamber Opera, and Peabody Opera Workshop. The Baltimore Opera is dead. Long live opera in Baltimore.

THE STORY OF OPERA in American cities has become the most fascinating of the survival-of-the-performing-arts narratives. Classical music, theater, and dance have their own existential dramas, but those can seem dry by comparison—fretful discussions about ominous demographic trends, wobbly finances, changing philanthropic priorities, and dwindling audiences. Opera is having a much livelier time of it. Several big-city grand opera companies foundered during the recession, but not because all the opera fans had expired or the creative energy of the artists had diminished. According to James Harp, former artistic administrator and chorus master of the Baltimore Opera, when the company folded it typically was playing to 85 percent of its theater’s capacity. Major companies are still commissioning, for six-figure fees, new full-length works from star composers like John Adams. On a Monday, grand opera crashes somewhere, and by Friday someone steps forward and begins laying plans to rev it back up. Chamber companies stage rarely performed works or scale down the familiar repertory and attract sustaining audiences. Young singers who can’t find jobs and stages on which to perform create their own, and discover that a surprising number of people will spend 20 bucks to sit on a church pew and watch local artists they may never have heard of perform with minimal staging and a piano player for accompaniment.

These days, hanging around opera in Baltimore is fun. The singers perform with infectious brio, the productions often exhibit an engaging irreverence, and opportunities abound to see work that was never going to be staged by the more traditional Baltimore Opera. The fun has not been confined to Charm City. Harp, who is the BCO’s one-man orchestra on piano, says, “In point of fact, entrepreneurial young graduates of music schools all over the country are putting together smallish opera endeavors so they can do what they want to do.” Boston has the wonderfully named Guerilla Opera, plus Intermezzo and the Boston Opera Collaborative. In California, there’s the small Long Beach Opera, and Cinnabar Opera Theater in Petaluma, which performs in a 100-seat hall. Opera Alterna stages new works in the District of Columbia. Marc A. Scorca, president of the national service organization Opera America, says, “Frequently, these epicenters of creativity are cities where there are a number of universities and conservatories, and a critical mass of singers, conductors, and directors who want to express themselves through opera. They represent a kind of spontaneous creative energy that in my view is extremely exciting.”

The Baltimore ensembles can be sorted into niches. Cooke’s company performs mostly standard repertoire in concert, just singers with piano accompaniment. Chesapeake Chamber Opera has positioned itself as the brash kid on the block; its promotional material invites the public to hear “singers you won’t be able to afford in 10 years.” American Opera Theater, directed by Tim Nelson, Peab ’04, is edgier, more avant-garde (and also performs in Europe). The Figaro Project is another collection of energetic recent Peabody grads who love grand opera but think the art form needs some grassroots outreach by singers doing not only modest, affordable productions of the operatic canon, but opera cabaret in Italian restaurants. Its most recent show, Divalicious, played Germano’s Trattoria in Baltimore’s Little Italy for $10 a seat. Germano’s got the food-and-drink business, Figaro Project got the gate.

John Bowen, Peab ’93 (DMA), founded Opera Vivente, a chamber opera that performs everything in English and, at age 12, is the senior professional company in Baltimore. When he created the company, he felt that Baltimore had enough people who would turn out for nontraditional opera performed in the vernacular in more intimate spaces. He says, “There were just huge holes in the repertoire. I mean, Baltimore [Opera] almost never did Mozart. Baroque was nonexistent. You never saw Monteverdi or Handel outside the academic institutions. Even with 19th-century opera, there was a sense of, ‘Oh, did Verdi write any other opera besides La Traviata and Aida?’” Opera Vivente now stages three operas per season at Baltimore’s Emmanuel Episcopal Church.

About the time Cooke and his friends were laying  the groundwork for their second production in the spring of 2009, Beth Stewart, Peab ’09 (GPD), was wrapping up work on her graduate performance diploma and with her friends wondering what was next. “We wanted to be in people’s ears,” she says. For several months, they had been talking about setting up their own concert performance. “And you know, beers lead to fantastic revelations, or so you think at the time, so we decided we would do it. Things progressed peaceably for about two weeks, then just got out of control.” By January 2010 they had formed a company, christened the Chesapeake Concert Opera (it has since changed its name to Chesapeake Chamber Opera), and launched an ambitious (some might say nuttily ambitious) series of six performances, one per month, at Memorial Episcopal Church in Baltimore’s Bolton Hill neighborhood, where Stewart is a paid member of the church choir. She recalls, “Because it was concert opera, we really thought we could just sort of crank it out.” For the first show, there was no publicity, unless you count Stewart talking it up at Memorial services. On the designated night, the singers simply opened the church doors and hoped for the best, fearing that maybe eight people would show up to listen. Instead, they got about 45. By the end of its first season, the company was attracting more than a hundred customers a night. Like Baltimore Concert Opera it has now incorporated as a nonprofit organization, and graduated to a 2010–2011 season of three staged chamber operas. Its just-completed production of Englebert Humperdinck’s Hansel and Gretel featured local singers as well as performers from Utah, Connecticut, and Louisiana.