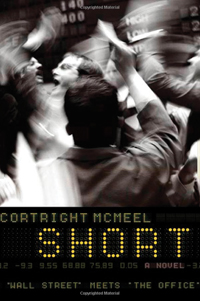 This short title riffs on several levels. The novel is about an energy trader’s scheme to rig a massive short trade and blow away others in the pit. The plot turns on an immense short circuit caused by a light-plane pilot dropping a chain across the cables of a major power line. The text is choppy, 295 brief pages, including notes on how energy trading works and a glossary of its jargon. Chapters average maybe three pages. All that helped this novice make his way, but the overwhelming image of these traders made the book depressing—shallow, scatological men and mostly floozy women, all rank with chicanery, binge drinkers on the make. Coming in the wake of the Great Recession, Short poses a question of whether energy is too crucial to put in the shaky hands of traders. 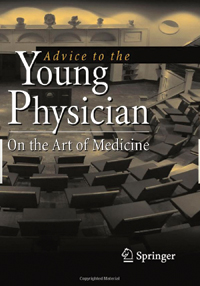 Advice to the Young Physician: On the Art of Medicine, by Richard Colgan, SPH ’78 (Springer)

The title is literal and so is the approach, so the general reader might well pass up this 145-page admonition—except that Colgan, perhaps inadvertently, illuminates a crucial, often neglected element of the current debate on national medical care: physicians’ obligation to serve patients’ urgent needs,  irrespective of compensation. The University of Maryland Medical School associate professor recounts a history of this beneficence, predating the Hippocratic Oath and extending to heroes of the modern medical era. Several, including Sir William Osler, are associated with Johns Hopkins. Parsed out, the message is emphatic: The patient comes first.