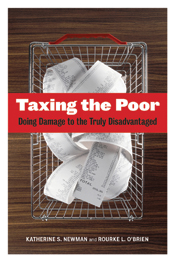 It’s expensive being poor, especially in the South. Consider: $100 worth of groceries in wealthy Connecticut will set you back as much as $112 in parts of Alabama, one of the poorest states in the country. That’s because Alabama is one of only two states with a full sales tax on basic foodstuffs, a tax that disproportionately hits the poor because they spend more of their income on food. The other state is Mississippi.

“This is a history with teeth,” write Newman, dean of the Krieger School of Arts and Sciences, and O’Brien, a Princeton University sociology graduate student. “The reliance on sales taxes took money from the hands of those who had the least and pushed them deeper into poverty.”

In a slim volume that humanizes its statistical argument with vivid journalistic portraits of the rural Southern poor, Newman and O’Brien shine a harsh spotlight on regressive tax policies that sow “an endless vortex of taxation, social problems, poverty, and more taxation.” The reader is taken to forgotten hamlets such as Vrendenburgh, Alabama, where “diseases afflicting the overweight are rampant,” and introduced to women like unemployed Bea Coleman, whose “careful, almost surgical” budgeting to stretch overtaxed food dollars “is leading straight to a diet that creates obesity.”

After controlling for other variables that distinguish the South, such as racial composition of states, Newman and O’Brien find in their statistical analysis that high taxes on low-income households contribute to lower life expectancy, higher crime rates, and more high school dropouts. Indeed, if the South from the 1980s to current times taxed its poor at Northeast rates, mortality and property crime rates would have come down by significant amounts, their analysis finds.

Taxing the Poor is long on diagnosis and short on prescription, but its call for a national campaign to end sales taxes on basic foods, medicine, and clothing deserves greater amplification. The book also contains a pungent warning to Western states that are following the South and “increasingly . . . funding the public sector through sales taxes that hit the poor harder than anyone else.” Listen up, California. 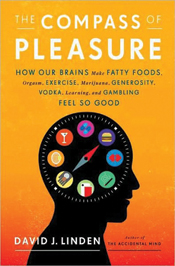 THE NEXT TIME you pray for the recovery of an alcoholic or drug-addicted relative, consider that you may be stimulating the same part of your brain that is overactive in your kin. That’s the central insight in The Compass of Pleasure: How Our Brains Make Fatty Foods, Orgasm, Exercise, Marijuana, Generosity, Vodka, Learning, and Gambling Feel So Good (Viking, 2011), the second brain book from David J. Linden, a professor of neuroscience at the School of Medicine. Readers of this romp through the medial forebrain will be rewarded for slogging through some hard-core neurobiology with mind-blowing stories of the latest lab experiments that have brought us into “the golden age of brain research.” Also, there’s lots of sex. 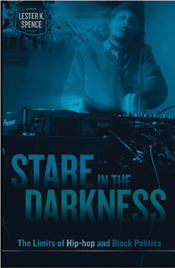 RAP AND HIP-HOP are conventionally associated with protest music, songs of the black inner city that call attention to America’s ghettos. In fact, hip-hop has been “colonized to an extent by neoliberal imperatives,” argues Lester K. Spence, a Johns Hopkins political science professor, in Stare in the Darkness: The Limits of Hip-hop and Black Politics (University of Minnesota Press, 2011). Through an analysis of nearly 500 rap lyrics produced from 1989 to 2004, Spence shows how hip-hop’s glorification of the entrepreneurial “hustler,” who rises above his station by dint of individual enterprise, may actually reinforce the instincts of elites to blame the downtrodden for their troubles. It’s a provocative thesis, persuasively argued, that expands our understanding of how politics are embedded in popular culture.