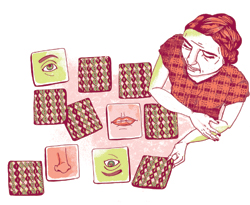 As he helped write the first diagnostic criteria for Alzheimer’s disease in 1984, Johns Hopkins neurologist Guy McKhann remembers feeling a sense of urgency. The number of people who would be devastated by the disease—which ravages its victims’ memory and other cognitive functions as it weaves plaques and tangles around the brain’s nerve cells—was likely to mushroom due to an aging population. Doctors at the time couldn’t offer a treatment or cure, and they still can’t, but correctly identifying the disease might at least point researchers in the right direction. He recalls, “Back then, we knew so little about neurodegenerative diseases. We were just focused on making sure we were talking about the same disease and not other forms of dementia.”

This past year, McKhann, a professor in Johns Hopkins’ Zanvyl Krieger Mind/Brain Institute and the School of Medicine, co-chaired a panel that wrote the first update to those diagnostic guidelines in 27 years. Most significantly, he says, researchers now understand that Alzheimer’s builds up slowly over many years, even before memory issues appear. Advances in diagnostic technology have helped identify biomarkers of the disease—from certain proteins in the spinal fluid to specific changes seen in improved brain imaging—leading scientists to identify an early, presymptomatic period and a second, moderately symptomatic phase, termed mild cognitive impairment, or MCI.

The new diagnostic guidelines change little of what general practitioners can do, McKhann notes, until biomarker measures become standardized enough for widespread use; someone diagnosed with the disease at any stage still faces the cruel reality that no cure or treatments exist. But the new classifications could increase the number of early-stage patients available to participate in clinical trials. Such research includes a recent study showing that an existing anti-seizure drug improves memory and brain function in adults with amnestic MCI. Johns Hopkins neuroscientist Michela Gallagher has found that a pattern of abnormally high brain activity in early Alzheimer’s patients is similar to brain hyperactivity in epilepsy. She hopes that with more study, the epilepsy drug levetiracetam will prove to be safe and effective in slowing the loss of brain function that precedes severe Alzheimer’s dementia.

Nine drugs are in Phase III clinical trials for Alzheimer’s. Many more are in earlier stages of development. All aim to prevent the disease or slow its progression. Meanwhile, the urgency that McKhann sensed in the 1980s has only increased. Projections show the number of people living with the disease is expected to grow from the current 5 million to 7.7 million by 2030, and as many as 16 million by 2050.

Having watched scientists’ understanding of this disease evolve over the course of a generation, McKhann says the current focus on early detection and slowing its progression signals progress for the next generation. “Once the dementia of Alzheimer’s is apparent, the disease has already reached the end stages,” he says. “The damage has been done.”