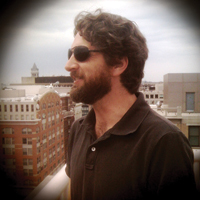 “I’m definitely a Hart Crane partisan now,” says David Dudley, A&S ’90, after interviewing Writing Seminars professor John Irwin about his latest book, Hart Crane’s Poetry, for this issue’s “Saving Hart Crane.” “This is the kind of poetry that I’d never in a million years try to wade through on my own. But that’s what good scholars do, I think. They can make the argument that this writer and this work will reward your time, even if it’s not necessarily to your taste.” A graduate of the Writing Seminars, Dudley has had articles appear in the New York Times, AARP The Magazine, and Urbanite magazine in Baltimore, where he is currently an editor-at-large. 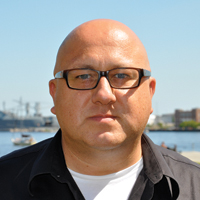 The magazine welcomes senior writer Bret McCabe, A&S ’94, to the staff. Bret, who wrote this issue’s “The Greatest Veneration” about some of the portraits in the Alan M. Chesney Medical Archives, will cover arts, humanities, international studies, and student life. He’s no stranger to the local arts scene, which he’s been covering for the past 10 years at Baltimore’s City Paper, most recently in the capacity of arts editor. About his return to Johns Hopkins, he says, “I have to steal what our colleague Michael Anft said about this place: You spend your days talking to really smart people about the things they’re excited about. It’s extremely refreshing.” And, he adds, “I’m very, very pleased that Johns Hopkins University is now able to help me pay off the final less-than-$9,000 that I owe on my college loans.”