Bringing More Firepower to the Fight
August 27, 2009 |  by Michael Anft 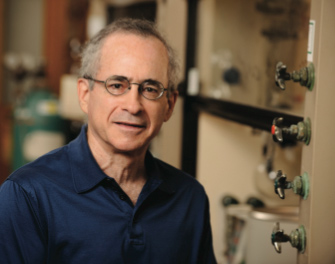 Scientists battling the malaria parasite and its protean ability to mutate face a centuries-old dilemma: As surely as new drugs are introduced as “cures” for malaria, the genome of the parasite changes just enough to make those new drugs ineffective, or marginally viable tools with which to fight the disease. The irony is that, lacking a proven vaccine and mosquito-control measures, people will continue to need drugs to fight cases of malaria. In other words, to overcome drug resistance, researchers need to create stronger drugs.

Since the early 1990s, Gary Posner, a professor of chemistry at the Krieger School of Arts and Sciences, has sought to use peroxides—molecules made of a particular arrangement of two carbon and two oxygen atoms—to fight malaria. It’s what chemists and malariologists call “molecular architecture”—the building, often from the atom up, of medicinal substances that are stronger, more reliable, and less expensive than current anti-malarial drugs. Chinese scientists isolated peroxide molecules called artemisinins, a substance effective in fighting malaria, in the early 1970s. Posner’s task has been to design and synthesize similar molecules that are not found in nature but make for stronger malaria fighters.

Over the last 20 years, Posner and Theresa Shapiro, a professor of clinical pharmacology at the School of Medicine, have synthesized and evaluated 1,500 compounds as possible malaria remedies, says Posner. “We’ve spent the last five years making semi-synthetic compounds from artemisinin molecules. We use them as a scaffold on which to build out other molecules that might make the drugs more effective.”

Posner, with support from the NIH and the Johns Hopkins Malaria Research Institute, has had some success with using synthetic compounds in experiments in test tubes and mice. Because malaria afflicts the poor, creating a drug that can be effective in very few doses is critical.

“We have what we call a proof of principle that we can cure malaria with a single oral dose of our peroxide drug in mice,” Posner says. He awaits help from drug companies in taking research to the next step: expensive clinical trials in primates and, eventually, in humans. Although anti-malaria drugs have not traditionally held much interest for profit-driven pharmaceutical companies, some of the compounds in Posner’s lab have shown early promise in the battle against leukemia, lymphoma, and melanoma. Perhaps this time around, an anti-malarial drug will receive a big private push into the marketplace.

“Hopkins has worked on finding drugs that fight malaria for the past 70 years,” says Posner. “I believe that the molecules we’ve created are among the most powerful antimalarial compounds in the world.”