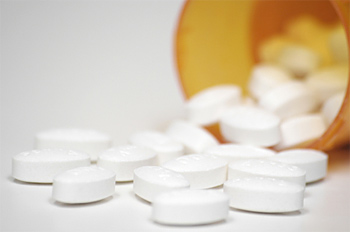 Pity the poor medical consumer. An endless stream of “information”—a world’s worth of ostensible cures and regimens—spews out of televisions and computer screens at him, much of it dubious, some flat-out wrong. If Oprah Winfrey isn’t touting a TV actress’s post-menopausal hormone treatment—one that doctors strongly recommend against using—she’s allowing another starlet to spout unproven claims that childhood vaccinations cause autism. Meanwhile, a health blogger at The Huffington Post who isn’t a physician promotes the use of enemas to ward off swine flu. Off the air, even doctors and researchers can be guilty. Some rake in as much as seven figures a year by chatting up investors about questionable depression remedies, or a particular company’s drugs, or video games as brain-stimulating devices for the elderly, even though the latter’s therapeutic value hasn’t been scientifically verified.

“Some of these things are obviously not illegal,” says Guy McKhann, founder of the neurology department at the School of Medicine, where he still serves as a professor, and of the Mind/Brain Institute, a free-standing research organization within Hopkins that investigates the links among neural activity, thoughts, and perception. “But do they pass the smell test? I don’t think so.”

Angered by an explosion of inaccurate assertions about medicine, McKhann has sounded an alarm of sorts, giving a seminar on the issue at the Homewood campus and making a 45-minute presentation called “The Selling of Research” to a neuro-ethics group at the University of Pennsylvania. He says other scientists are reaching the same conclusions he has. “There’s a lot of thought now that we aren’t getting accurate, scientifically verifiable medical information out to people,” he says. “It’s been bothering me for a long time.”

Three groups run afoul of the truth, according to McKhann. First, television celebrities, public relations specialists, and marketers frequently oversell research findings or push ineffective products, often through members of the news media who report bad information without investigating it. A second group is companies that put their own spin on medical developments to maximize profits. A third batch involves “really well-qualified people who make claims that often don’t hold up,” or who accept payments from companies for ethically questionable reasons, says McKhann. “Those are the people that really bother me. These are researchers who become pitchmen or pitchwomen for a fee. They’re selling off their expertise.”

Although hundreds of doctors and researchers, including several at the Johns Hopkins School of Medicine, maintain aboveboard relationships with corporations, some doctors become embroiled in conflicts of interest. For example, a Harvard psychiatrist reaped $1.6 million in fees from companies that make drugs he uses to treat children with bipolar disorders. Several practitioners and researchers who have cut deals with drug companies have drawn the scrutiny of the federal government. Sen. Charles Grassley (R-Iowa), the ranking minority member on the Senate Finance Committee, is investigating whether these relationships might taint science and harm consumers by misrepresenting research, or offering something resembling kickbacks to high-profile doctors who prescribe certain treatments. “Grassley’s right to put the screws to them,” McKhann says. “Because he has shined a light on these issues, many institutions have tightened up their regulations on these relationships.”

McKhann doesn’t spare research universities in his critique, arguing that they often tout “breakthroughs” that don’t rate as such, or otherwise exaggerate the findings of their scientists. Especially troubling to him is the inclusion of the term “marketing” in the titles of many university information offices—including the Office of Marketing and Communications at Johns Hopkins Medical Institutions. Although he says Hopkins doesn’t overhype researchers’ findings, he argues the name change is indicative of an overall trend toward selling information, rather than accurately delivering it.

“It’s more than just a change in language, it’s a change in emphasis,” he says. “And I think it’s a dangerous one. Marketing implies that you’re selling something.” If marketing becomes the main driving force, he warns, “how biased are you going to be when someone says they’ve made a finding or an observation? We have to be careful about that.”

Dalal Haldeman, vice president for marketing and communications at Johns Hopkins Medical Institutions, replies that McKhann mischaracterizes marketing. “Unlike traditional public relations and sales, marketing is a science of understanding and decision making,” she says. “It is not ads and sales.”

McKhann believes the time is ripe to stand up for good information, despite some blowback he’s gotten from researchers. Alternative remedy companies, sellers of $34 billion worth of herbs and vitamins each year that aren’t subject to federal regulation, should receive the same level of scrutiny as researchers who sell their expertise to drug companies, he adds. A recent $2.5 billion study by the federal government found that the bulk of alternative remedies don’t work. Despite that, consumers aren’t given that information. Manufacturers of alternative products can’t make any medical claims. “But they can say just about anything else, like, ‘This pill will make you think more clearly.’ It’s something that has to stop,” McKhann says.

As for the future of his sideline, McKhann says he needs to put more work into it and perhaps specialize in skepticism about just one medical area: so-called cognitive enhancement, in which alternative products firms and drug companies try to sell people on exercises and remedies for failing memories and poor test scores. A recent study found that the $80-millionper- year cognitive enhancement industry has done little to improve the brain health of people who have used its products, despite the industry’s hyperbolic claims to the contrary.

Consumers would do well to independently verify the claims they hear in the media and elsewhere with a doctor, McKhann adds. They should beware of medical hype, which in itself could be a red flag, warning of a harmful or ineffective treatment. “This is going to sound old-fashioned,” he says, “but good research speaks for itself.”