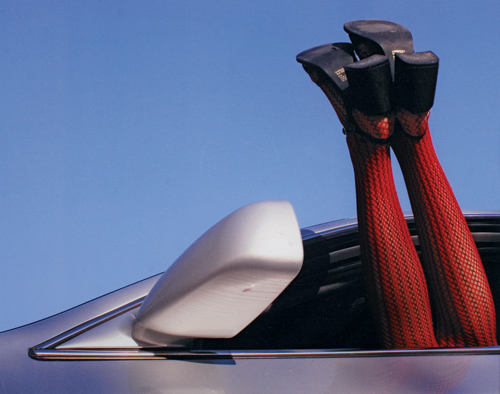 A lifetime of work in the field of substance abuse has left Pat Santora, a veteran Johns Hopkins researcher, in the grip of her own emotional turmoil—frustrated that her patients are stigmatized, angered that the public still sees addiction as a moral failing rather than a treatable disease, and irritated that, despite her vociferous protests, “in a wonderful acute-care hospital like Johns Hopkins, we have thousands of people who are diagnosed with addictions to alcohol, tobacco, and illegal and/or prescription drugs,” she says. “And like so many acute-care hospitals, we focus primarily on treating the adverse medical consequences of the addiction—heart disease, cancer, cirrhosis—rather than treating the addiction itself.”

Santora’s solution would be familiar to any addict who has ever entered a 12-step program: Instead of trying to beat the problem herself, she’s reached out to a higher power, in this case the power of gifted artists to state her case that addicts are all too human, and that the cost of not properly treating addiction is far too high for society to bear.

As she flips through the pages of Addiction and Art (Johns Hopkins University Press, 2010)—the book she co-edited with Johns Hopkins psycho-pharmacologist Jack Henningfield, who was instrumental in uncovering the addictive nature of nicotine, and Margaret Dowell, a professor of art at Carroll Community College—the 61 works of art leave little doubt as to the devastation wrought by addiction.

View full screen slideshow by clicking four arrows in
bottom right corner of the window while slideshow is playing.

From the high-wire act of recovery depicted on the cover—a tightrope walker balancing on one leg over a pit of half-filled hypodermic needles—to the book’s last piece called Restoration of the Spirit, a close-up of the wary eye of a reformed smoker who knows she’s just one screaming toddler away from a relapse, Addiction and Art represents the complexity of the disease in its rawest terms. Angst, Heartache, Drowning, River of Tears, Living Hell—the titles alone leave little to the imagination, the art even less. No doubt that’s because the pieces come from all along the addiction continuum, from former and current addicts, to those who work with them, to even those who bury them. When Baltimore funeral director Erich March was asked why he created The Addiction Savior—an oil painting of Jesus clutching two addicts, his thorny crown replaced by a ring of cigarette butts, and a heroin needle and beer bottle substituting for crucifixion nails—March’s reply was both chilling and deadly accurate. “These,” he says of the people in the painting, “are my clients.”

Henningfield, too, knows both the pain of addiction and the power of art to communicate. The former director, along with Santora, of the Johns Hopkins–headquartered program Innovators Combating Substance Abuse, Henningfield had a younger brother land in jail as a result of addiction and selling crystal meth. That wasn’t a surprise, given the grip of the drug. What was a shock for Henningfield was the ability of art, in essence, to have the opposite effect of drugs, to re-sensitize people, particularly Henningfield’s colleagues, to the population they serve. His own “aha” moment came in 2002, when the American Visionary Art Museum held one of the first exhibitions of art done by addicts. Rebecca Hoffberger, AVAM’s founder, asked him to speak at the opening.

“I remember thinking, ‘What do I know about art?’” says Henningfield, who nonetheless was impressed by the exhibition, called High on Life. “The art was amazing. It was so powerful. It hit me that what motivates us as scientists is the human condition. We do the science to help understand it, but there’s nothing you can do in the laboratory, in my opinion, that replicates the human experience of addiction. But art reveals it.”

Henningfield’s colleagues were equally moved when he and Santora started displaying similar art at conferences. Researchers, educators, clinicians, therapists—all found their way to their ersatz gallery. Again. And again. And again. “People would stay for hours. They’d meet friends there. Pull up chairs. Start talking about the concepts exemplified in the art,” says Santora. “We had people crying, coming up to us, saying, ‘This is what it’s all about for me.’”

The art even stood out in academic texts. In their 2007 book, Addiction Treatment: Science and Policy for the Twenty-first Century, the duo prevailed upon an initially reluctant Johns Hopkins University Press to include eight color pages of artwork among the more than two dozen articles. “They weren’t really crazy about [including the art] because it didn’t really fit,” says Henningfield. “They said it was expensive to do.”

But guess what people remembered about the book? The art—so much so that the press asked Henningfield and Santora to create Addiction and Art, with the assistance of Dowell, herself a talented artist.

The real question is whether a soft subject such as art can have a hard impact on both public policy and public opinion regarding treatment of a disease. Henningfield says there’s already precedent for such a mind shift: the world’s largest community art project in history, the AIDS Memorial Quilt, first unveiled on the National Mall in 1987. “When AIDS first happened, there were people in the administration saying those people did it to themselves, they deserved to go to hell in a handbasket,” recalls Henningfield. It took art—in this case nearly 2,000 stitched eulogies, each one representing someone’s son, or daughter, or lover, or friend—to put a human face on an illness and finally elicit compassion for their suffering.

“These ‘artists’ galvanized people, humanizing this horrible disease,” says Santora. “It brought together a leadership coalition—the people at the CDC, the NIH, the pharmaceutical companies, philanthropies. Where we are today with AIDS started because of the quilt.”

Billions of research dollars later, HIV infection has moved from a precursor to a fatal disease to a chronic, treatable illness. The road for treating people with addictions is not as easy. Santora, who recently joined the Center for Substance Treatment as a public health analyst, claims that addiction is treatable. (She cites the extensive research of A. Thomas McLellan, deputy director for demand reduction for the White House Office of National Drug Control Policy, who notes in some of his more than 400 articles on the subject that addicts are no more likely to relapse than those with other chronic diseases such as hypertension and asthma.) But skeptics still abound. To some, addiction treatment is just throwing good money after bad, trying to apply medical models to what they consider mental weakness, watching as patients, seemingly of their own volition, implode again and again.

Can art reach into those hearts and minds and change all of that? Perhaps that’s unrealistic. But with the universal acknowledgment of the physical and fiscal toll of addiction on America—the authors write in their introduction that addiction accounts for one in five deaths annually and costs more than a half trillion dollars—what’s really needed is a dialogue. From that vantage point, art rendering the addiction experience may be a very good conversation starter.

This idea was driven home to Henningfield by his friend, former Surgeon General C. Everett Koop. A lifelong migraine sufferer, Koop—who was on the panel that chose the art for the book—told Henningfield that he’d never been able to explain to others what the pain was like until the day he saw an art exhibit portraying migraine victims. “He told me he walked through and said, ‘That’s it! That’s how I feel.’”

The isolation of addiction, the sense of having pain no one can understand or relate to—art can address these things, perhaps most importantly to an audience that’s still malleable. As part of their work, Santora and Henningfield created downloadable guidelines for creating exhibitions of art by those whose lives have been touched by addiction, similar to the shows they held at academic conferences. Dowell, their artistic collaborator on the book and the guidelines, held one such exhibit at Carroll Community College. It was the most-attended function in the school’s history. Dowell thinks the key was including submissions from area high school and college students as well as local artists, which, as with the AIDS quilt, framed a disease as not being the affliction of strangers but of one’s neighbors, friends, and family.

“I walked past one night at 8 p.m., and the gallery was full of people,” Dowell says. One attendee was a young incarcerated woman. “She said, ‘I came over with the juvenile detention people. They said we could have an outing, go anywhere we wanted. And I picked here.’”

There’s a case for art as preventive medicine.

Mat Edelson is a Baltimore-based health, science, and sports journalist and former director of the Johns Hopkins Health Newsfeed.